The summer days are just flyin' by! It's amazing! One minute, it's the end of May and the whole 'calm, peaceful summer' is stretching out before you, and the next minute, it's the end of June, and the crazy soccer season is just ending! I read a wise mom recently who said that she used to have a 'to do' list every summer---a list of things she was going to accomplish that she never could during the home-school year. Then, she realized that summers should just be about.....'being'. Surviving the soccer season, family picnics, drives to choral camp, Bible School....and somewhere in there, finding some time to breathe and just enjoy the beautiful weather!

So today I looked at my calendar and realized that we had an EMPTY day! (Well, the last soccer game of the season was today, but not until 6:00 :) Determined to not let the entire summer pass us by without  at least one fun-filled day,  I decided to seize the opportunity and go all 'pinteresty' ;)  Here, in pictures, and probably more than a few words, is our day:


Okay, so, this actually happened about a week ago, not today, but it deserved being mentioned! These are watermelon strawberry slushies, and....my word, were they delicious! I wasn't sure how I'd feel about drinking watermelon, but, mmm!! Just dump some cubed watermelon, some frozen strawberries, a Tablespoon or so of sugar (this is optional!), and a little bit of lemon-lime club soda into a blender, and you end up with this :) 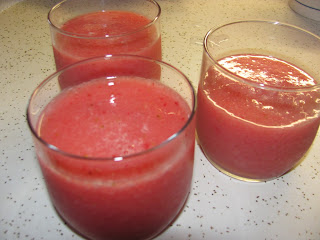 Okay, so, enough with my food obsessions. On to our day! We started out by making Homemade 'Gak'. You know, the totally cool, stretchy, sticky stuff that is WAY cooler than play dough? Doesn't Cosette look so concerned in this picture to be dumping an entire bottle of glue in the bowl? :) 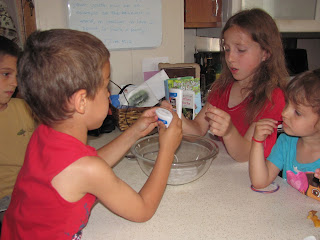 Reagan was mostly happy to eat chex mix while we were busy! 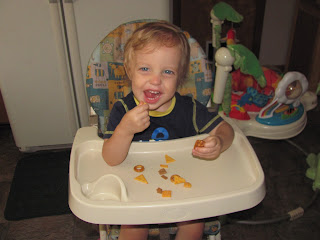 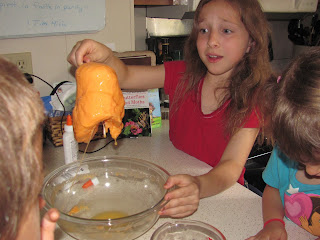 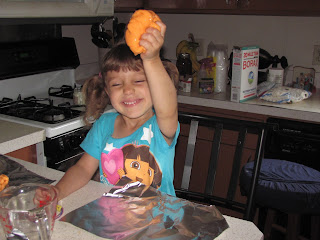 The stuff is SO cool! 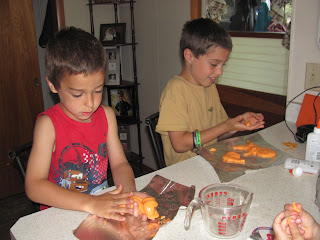 Look how stretchy it is! Check out how to make it here 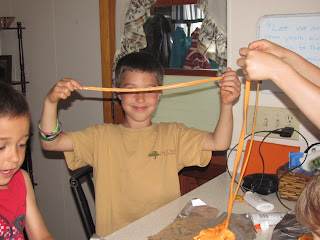 Okay, after that, we moved on to marshmallow shooters. Things that shoot marshmallows.... combined with two little boys.....need I say more? 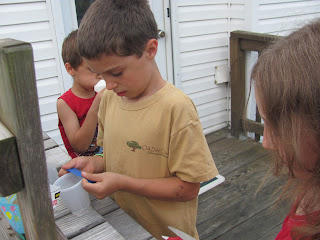 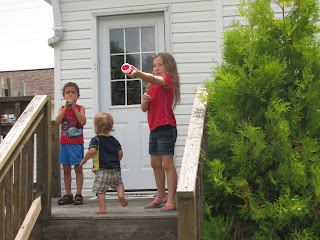 These things seriously did their job! They'd fling a marshmallow all the way across the yard. Here's the link :) Marshmallow shooters 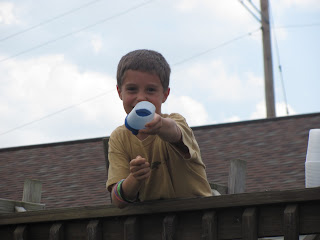 Next, we moved on to lunch and root beer floats....but I failed to get pictures of the root beer floats, we ate them too fast ;)  Then we moved outside again for a homemade sprinkler. First fail of the day :( It just didn't have enough 'umph' to really spray very far.....so we hung it from a ladder and crawled under it instead. Project saved! (At least for those who were small enough to crawl under the ladder, haha ;) 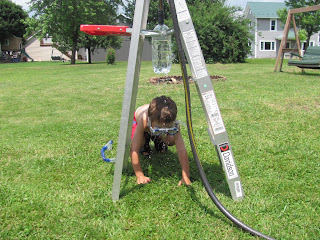 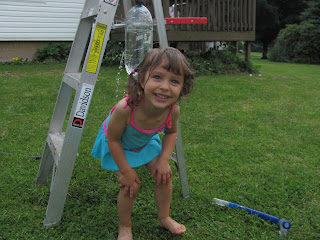 I see a little bit of free time tomorrow too, so I'm hoping to try some bangles-----a treat for Cosette, who endured all the boyish activities of today with a happy smile :)