A snowstorm, just in time for....Easter??

Last year this time, we were waiting for Reagan to be born. The weather was unusually warm and nice for March. We brought him home and took our newborn baby for walks outside in the nice, warm weather.

This year, there are signs of spring all over....

Easter decorations in our windows.... 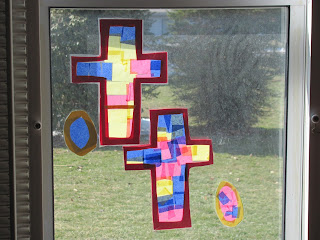 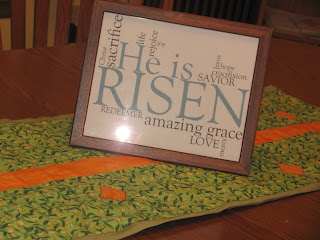 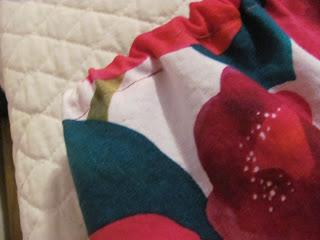 But oh.....did I mention that we have 'hazardous weather conditions' and '6-8 inches of snow' forecast for tomorrow??

So, in anticipation of a cold morning tomorrow, I have this waffle batter waiting in the fridge. (We're going to top it with fresh strawberries and bananas)

Our favorite stuffed peppers are planned for dinner tomorrow night.

Posted by Cosette at 8:10 PM No comments:

Random thoughts from my week

In an effort to blog more, here's some random thoughts from my week:


1. Reagan is down to four nursings a day. This may still sound like a lot, but consider that he was still nursing 6-8 times a day just a few weeks ago, and you'll see that we HAVE made progress. The problem is, part of me wants him weaned, and the other part of me...well, really doesn't :/  It's kind of hard to battle against yourself, you know? I'm thinking I may just stick to a few nursings a day until he decides on his own that he's done.

Cosette dressed her sister up in this dress for church last Sunday. We found it at Goodwill for two bucks. I'm glad I took a picture of her in it, because the next time I washed it, all the flowers and butterflies literally fell off, haha ;) Every little girl needs a twirly dress though, right? 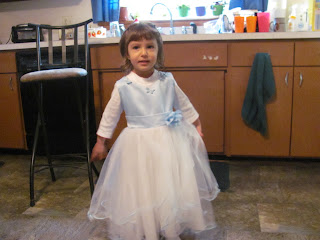 This is how she likes to...um...'fix' her hair. Two barrettes, stuck right in the middle of her bangs. 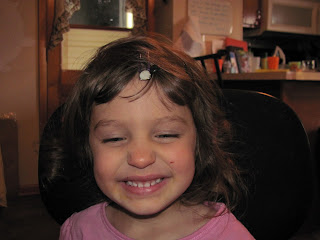 Walking Cosette through the bread-making process earlier this week. She'll be able to handle this chore on her own before too terribly long. She's still a little young to do it all by herself, because it's hard to get the bread pans in and out of the oven. But she's definitely got the mixing/kneading/ shaping the loaves down pat :) 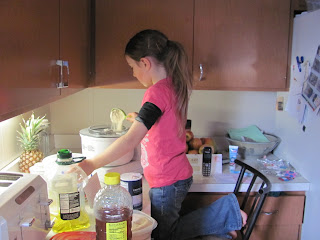 3. Eli had reason to take some medicine earlier this week, and Joel thought it would be easier for him to just get the pills instead of the liquid stuff. He swallowed the pill right down on the first try without any problems. Yay for him! And boo for me. There's yet another thing that my kids can do that I can not. (Add that to the list of whistling, crossing their eyes and blowing up a balloon. I can't do any of those things either.) I think I may start swallowing a grain of rice every day, gradually build up to a lentil, then maybe an m&m....I have GOT to conquer this extreme fear I have of swallowing pills! (Before I turn 80 and need pills for high blood pressure or something and have to die instead because I'm too afraid to take the pill, haha ;)


4.  I refound these pictures of my mom recently. They made me smile. 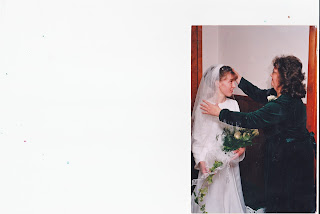 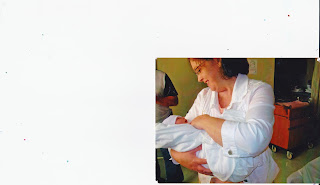 I miss her a lot.

5. Eli said something at lunch the other day that wasn't nice, and I reprimanded him for it. This gave Cosette reason to say "Yeah, AND he said 'gosh-dang-it' the other day too! I looked at Eli with raised eye-brows, because such 'un-necessary and vulgar sounding' words are discouraged in our house. He looked at me with a rather down-cast face and admitted to having heard a neighbor friend say it, and so he thought he would too. We had a good discussion about choosing our words more carefully, and I was proud of him for telling me the truth and not trying to lie about it. My prayer is that my children ALWAYS feel comfortable coming to me with the truth. May I work hard to build up relationships with them like that in the years to come.....

Hoping and praying that you have a blessed Sabbath rest tomorrow, and a joyous few weeks leading up to Easter :)

Posted by Cosette at 9:06 PM No comments:

I miss this place. I really do. I miss sharing my life with you all on a more regular basis. I realize that most of the time, I don't have anything profound or deeply insightful to share. It's just me...my life...my kiddos.....

But I've found that, strangely enough, when we're looking for the beauty and blessings in our lives, when we're determined to find them, God is that much more willing to help us see them. And I'm not just talking about the 'big' blessings, like my kids, because they're kind of obvious, you know? ;) I'm talking about the smaller things, the things often over-looked---things like time to sit and make car noises with your almost one year old; things like the smell of bread floating through your house; things like a Skype call with your sister and Dad who are across the country; things like the new coffee mug your husband brought home for you just to say 'I love you'......

Things like.....
Brand new school supplies, all organized, sharp, and ready to use. Beautiful, right? :) 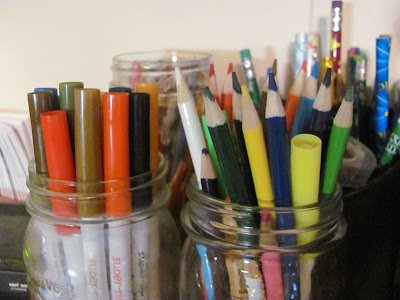 Things like  bear toys hidden way back in my closet. I meant to give it to her around the holidays....she was just as happy to get it today--kept her busy for quite a while! 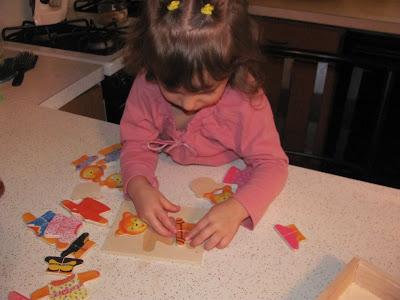 Things like having a big sister who knows how to read.... 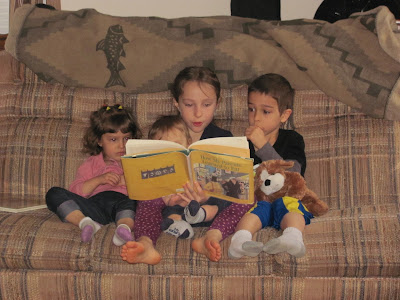 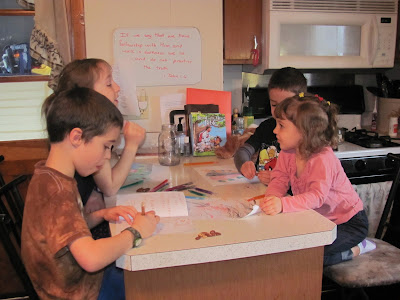 Things like learning how to feed yourself. It's both a blessing AND...well, a mess ;) The floor gets scrubbed very frequently around here lately! Or, at least, the floor SHOULD get scrubbed around here frequently ;) 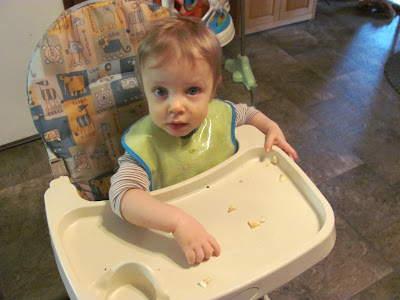 Things like sweet little creatures who are bouncing one minute, and the next, sound asleep. 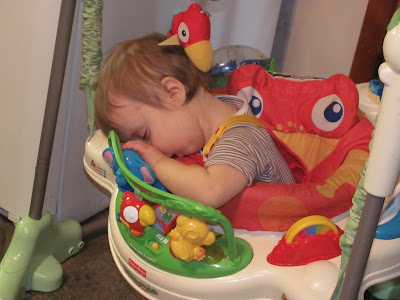 Posted by Cosette at 5:12 PM No comments: