Here are Eli's 4th birthday pictures, which I finally got up-loaded!


He wanted to have his 'best fwend' (his cousin) over
to play for the day. 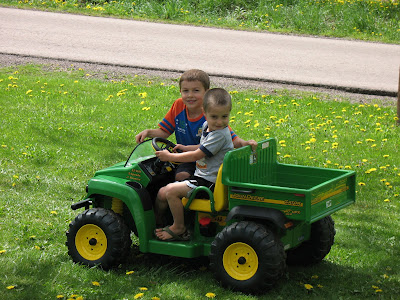 We all had a marshmallow roast (Cousin on the left,Eli in the middle, and Noah on the right) 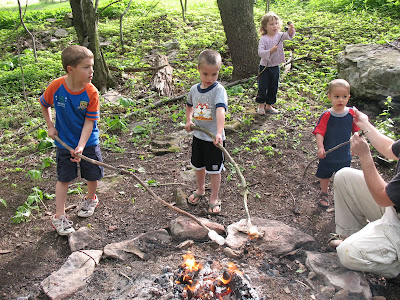 Here is Joel helping him put together his new lego helicoptor 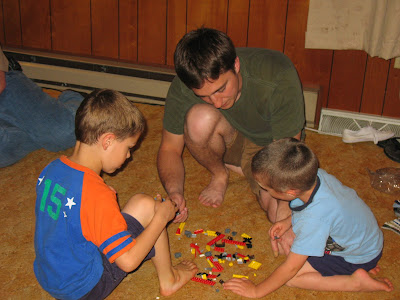 Noah refused to eat the roasted marshmallows---they were too hot. Instead, he ate his 'raw', and walked around trying to 'blow out' the fire ;) 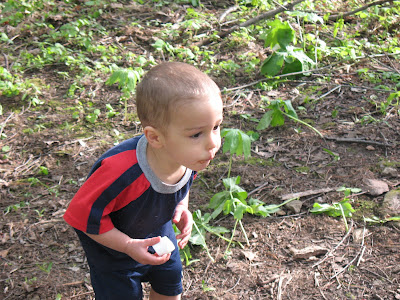 Eli slurping on his favorite drink--an Orange Julius style smoothie. He requested this for his birthday party. (We kept his 'party' simple this year--cake and ice-cream with his grandparents :) 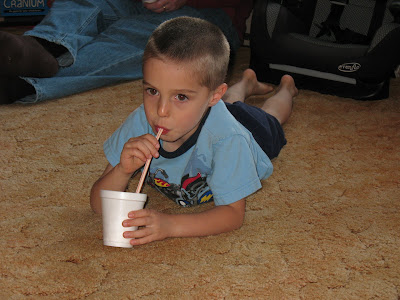 The candle blowing-out, with some help from Cosette. 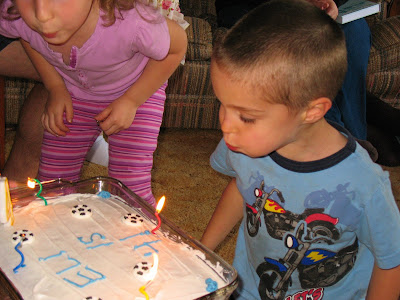 Eli in his new tent from Grandma and Grandpa. 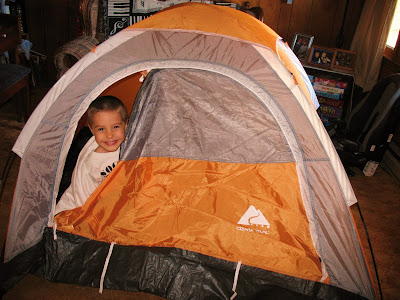 great picture with the tent